The Moody Radio Open Line Israel Tour 2023 is full and registration is closed.

Join friends from Moody Bible Institute on a memorable journey to discover the biblical and historical sights, culture, and landscapes of the Holy Land! Take the trip of a lifetime with the package of your choice:

Two special speakers will accompany you on this transformative tour of Israel: 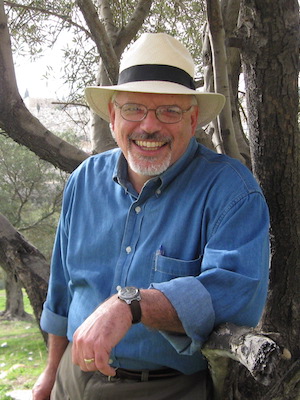 Dr. Michael Rydelnik has served as a professor of Jewish Studies and Bible at Moody Bible Institute since 1994 and is the host of Moody Radio's Open Line. The son of Holocaust survivors, Michael was raised in an observant Jewish home in Brooklyn, New York. Michael trusted in Jesus the Messiah in high school and began teaching the Bible almost immediately. He graduated from Moody Bible Institute, Azusa Pacific University, Dallas Theological Seminary, and Trinity Evangelical Divinity School, where his doctoral research focused on the messianic hope of the Hebrew Bible. He is the co-editor of and contributer to The Moody Bible Commentary and the author of Understanding the Arab Israeli Conflict and The Messianic Hope: Is the Hebrew Bible Really Messianic? Michael and his wife, Eva, love leading groups to Israel, hiking in the Adirondack Mountains with their dogs, and hearing from their two adult sons who call and write all the time. 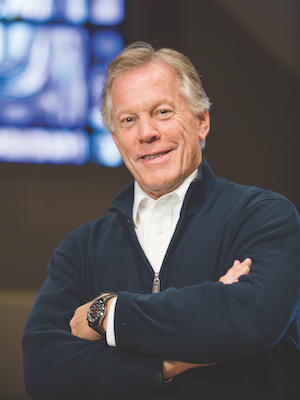 Dr. Joe Stowell led the Moody Bible Institute as our 7th president from 1987 to 2005. After his tenure at Moody, he served as president of Cornerstone University in Grand Rapids, Michigan until his retirement in 2021. Even though he retired from higher education, Joe and his wife Martie did not retire from kingdom work and now joins Dr. Mark Jobe, president of Moody Bible Institute, as a special advisor and ambassador as Dr. Jobe leads Moody toward our 2030 vision of doubling Moody’s impact across the globe. Dr. Stowell began his ministry pastoring churches in Ohio, Indiana and Michigan. Known for his international conference speaking ministry, he has also authored the daily devotional Strength for the Journey as well as books like Simply Jesus, The Trouble with Jesus and Leadership Redefined. Joe serves on the boards of CURE Intl, International Aid, and ELIC. His life and ministry has been characterized by a passion for keeping Jesus central and encouraging the church to be winsomely engaged with the culture for the spread of the gospel both locally and globally. Joe and Martie share the joy of three children and ten grandchildren.

Join us for a spiritual adventure you’ll never forget!